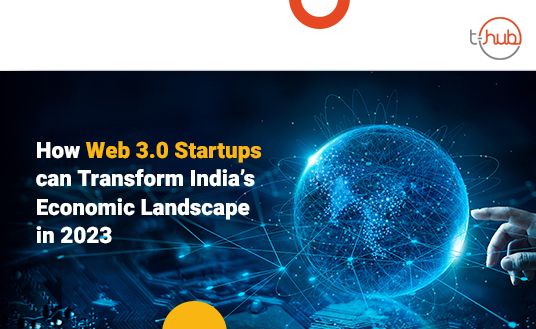 How Web 3.0 Startups can Transform India’s Economic Landscape in 2023

India is positioning itself as a leader in the global technology industry, with support from government schemes, large-scale digitally skilled talent and a growing startup ecosystem. It is on track to become a US trillion-dollar digital economy by 2025(1). India’s tech industry even recorded its highest ever growth rate when it earned USD 227 billion in revenue in 2021, up 13.5 per cent from USD 200 billion in 2020.

Today, India’s technology industry is expanding faster than ever before powered by the second highest number of Internet users in the world, a 61 per cent Internet penetration rate, the cheapest Internet plans across the globe, a growing optical fibre network, the Digital India Program and an explosion of tech startups. India has over 4500 tech startups, out of which 105 startups have achieved unicorn status(2). Most of these startups work in emerging technologies like blockchain, artificial intelligence (AI), machine learning (ML), the Internet of Things (IoT), augmented reality and virtual reality, which are the foundation for the third generation of the world wide web.

Web 3.0, or the Semantic Web, is built on decentralisation. It means individual users have control over their data and information. It gives users a more personalised Internet experience, the ability to monetise their content and increased privacy as Web 3.0 platforms operate on peer-to-peer networks and data is hosted on distributed networks instead of a central server. This also prevents tech giants like Meta, Alphabet and Apple from controlling the Internet.

The advancement in Web 3.0 is uncovering opportunities for various industries and businesses in terms of new technologies and agile business solutions, as it offers scalability and better management of complex data.

Indian startups in the Web 3.0 sphere

However, Web 3.0 and blockchain’s large-scale application journey in India began with the introduction of Aadhar, which is a classic example of low-cost, high-impact technology. This list also includes widely applauded technologies like UPI, Jan Dhan and CoWIN for vaccinations. This has set the stage for better, scalable and sustainable solutions.

Today, India has over 450 active Web 3.0 Indian startups, of which more than 160 startups were founded between 2021-22(3). The 450 startups also include four Web 3.0 unicorns. Some other known Web 3.0 startups include CoinSwitch, CoinDCX, Polygon, Wazirx, Router, Frontier, Zebpay, Rush, Tegro, One Rare, Liminal, etc. These and more startups have gained a foothold in India and global markets.

Staying ahead in the Web 3.0 game

Investments in Indian Web 3.0 startups grew 37x times since the start of 2020 and have received a total investment of USD 1.3 billion in two years until Q1 2022. Venture capital firms like Coinbase Ventures, Sequoia Capital India, Light Speed, Alpha Wave, General Atlantic and Woodstock have funded these ventures as seed and series one investments. Also, according to a Forbes report, Web 3.0 and blockchain can contribute as much as USD 1.1 trillion to India’s GDP by 2032(4). Clearly the future of Web 3.0 startups in India is bright.

Another factor fuelling the momentum of the Web 3.0 ecosystem is the digital talent pool. India has the third largest blockchain talent pool, growing at a compounded annual growth rate of 120 per cent, with many of them having a background in finance. Despite the high growth rate, there is still a demand-supply gap, which the government and academia are trying to bridge by offering specialised upskilling and blockchain innovation courses.

Future of the Web 3.0 in India

The blockchain-based web benefits different sectors in various ways. For the government, it would aid in maintaining population records (identity, medical, education, electronic voting), introducing a Central bank digital currency (CBDC) and tracking physical and digital asset registration. Smart contracts would also smooth operations for the BFSI sector and lead to decentralised microfinance programs. AI and ML can also lead to workflow automation in the education, manufacturing, pharmaceutical and healthcare industries. In addition, the travel, tourism, retail and entertainment industry could also introduce loyalty programs and rewards, market products in the virtual space and lead toward a creator’s economy.

India can be the catalyst in Web 3.0’s global development

With Web 3.0 still in an early phase of development, it lacks regulation, and still requires stronger controls to monitor cybercrime, illicit transactions and online abuse. It also lacks accountability and is susceptible to data breaches. This is where India and its startups have the chance to shape Web 3.0 policies and regulation to help evolve it into a truly ethical, open and interoperable system with high standards. 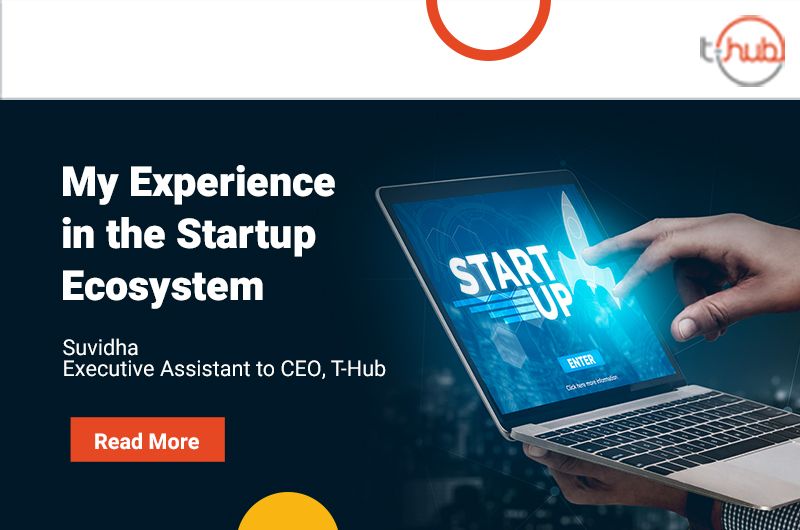 My Experience in the Startup Ecosystem

My decision to move from the development sector to the startup ecosystem was accidental. It was neve ... 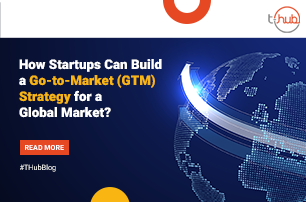 For launching any new product or for expanding into a new market, having the right go-to-market (GTM ...